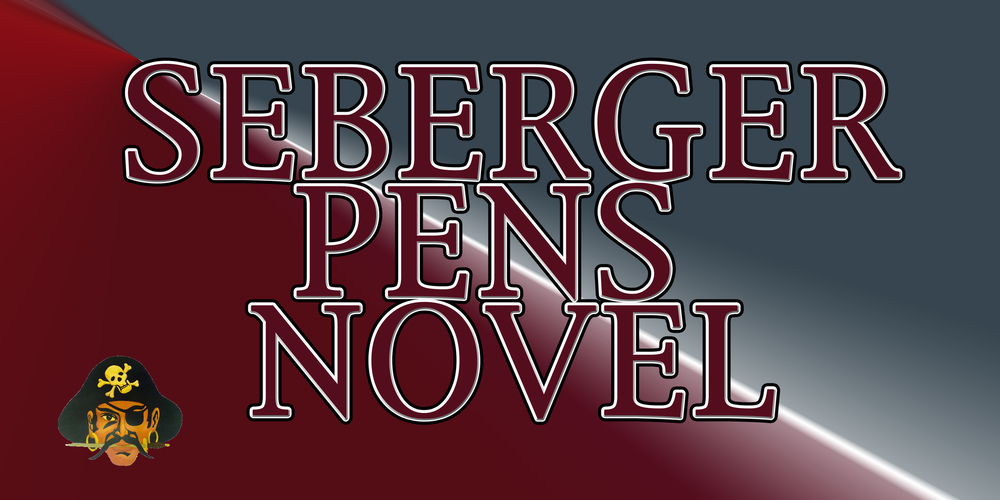 Behind the scenes of Elwood Public Schools, we have people doing extraordinary things.

Dennis Seberger, English teacher, Quiz Bowl Coach, Golf Coach, and Play Director has written and published a novel. When asked what inspired him to write, Seberger replied, “I've enjoyed writing since I was very young; I think I wrote my first full-fledged story in the second or third grade. One of my brothers is a very good artist. I remember watching him create these worlds with a pencil and paper, and they looked so real! I was disappointed in my own abilities with a pencil, though; I could never make the picture on the paper look anything like the pictures in my head. Soon, though, I found that I could use words to draw, and I started putting the pictures I saw in my head into words on paper, into stories.”

Seberger’s book, titled Ceallach, is about a young man from Nebraska who faces an ordeal to get his son back. While the book includes some fantasy, it is also grounded in the reality of Nebraska country life and small-town living, since the main character, Kelly, and his family raise cattle and farm. Seberger explained, “Strange, unexplainable things begin happening to Kelly and his family, at one point resulting in the disappearance of his son. Without giving too much away, I can say that this book also includes a healthy dose of action, adventure, and fantasy, all the way to the end.”

“A lot of things had to align for me to get this book written; it's a lot of work!” commented Seberger. “Growing up and during high school, I spent a lot of time on the back of a horse out in the hills. When you get away from everything and everybody out there, there's something about the hills, about the land. It was probably just the distance and the sense of being alone, but the hills always felt like they were alive or aware in some way. They still do. Couple that feeling with my life-long love for action, adventure, and fantasy stories, and you'll see where this story came from.” Seberger explained that he started working on this novel during one of his deployments to Iraq, while he was homesick for Nebraska. “It took a long time and a lot of support to get it finished and edited,” said Seberger.

Seberger also hopes this story will launch a new universe of storytelling. “I have three books in progress that are set in the same universe as Ceallach. One is a direct sequel, one is somewhat parallel and, as of yet, not directly related to Ceallach, and the other is completely unrelated but set in a different part of Ceallach's universe,” said Seberger. “The biggest challenge right now is finding the time and getting into the mindset for working on such large projects. I will get there, though!”

This is an amazing accomplishment and we wish Mr. Seberger luck on all the books going forward!